Princess Blue Holly torpedoed herself toward the surface, the moment the Rio Grand’s mouth met the Gulf of Mexico.

Suddenly, just below where the gulf waters met the sky, MerSin confronted her. Not shying away, Princess Blue Holly demanded he set the Art Gowns Mermaids free, and return them to their normal Art Gowns Models selves. 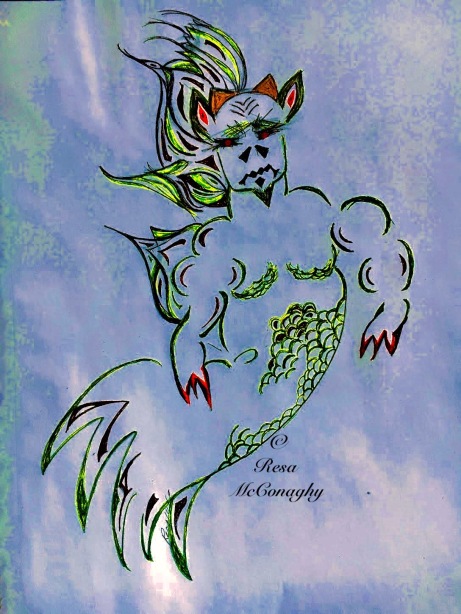 MerSin, under complete control of SinMonto, laughed wickedly. Louder and louder his laughter roared like a fire from hell, as he transformed into a dragon. His evil SinMonto mission; destroy Princess Blue Holly!

Princess Blue Holly was at a massive disadvantage. She called on the master of her inner dragons, Hyperion.

There was no need for words. Hyperion appeared in a roiling fountain of steam and transformed Princess Blue Holly, with a roar like thunder. MerSin fell back in fear. Princess Blue Holly and her gown were now the form of a smaller, yet more fierce blue-green dragon. Her Mission; stay alive and save the Art Gowns Mermaids.

She was unbeatable. MerSin cowered, awaiting his death blow. In the same roiling fountain of steam, Hyperion returned her to her mermaid self. She had refused the final kill. This act, of a kind and noble heart, freed MerSin from the clutches of SinMonto. 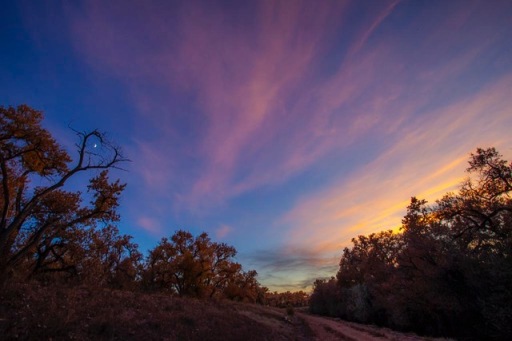 A fountain of steam, spinning counter clockwise, and MerSin became merely a lonely voice in the sky. He vowed to return one day, and fight beside Princess Blue Holly. 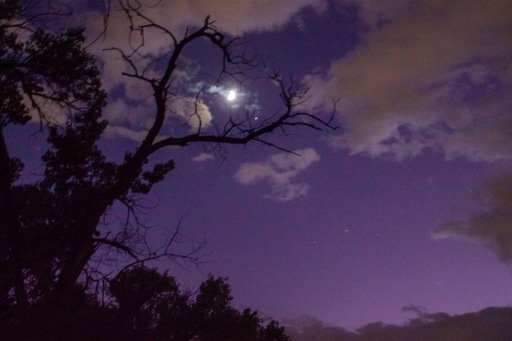 Her Tangle Heart showed her the fastest way back to Albuquerque. Surfacing at Tingley Beach she realized she had only 20 minutes to make Rene Rosso’s last set.

Using her animal powers outfit, she channeled a Cheetah, the fastest animal on earth. Although Cheetahs have poor night vision, Princess Blue Holly had Resa’s Cottonwood tree guiding the path. 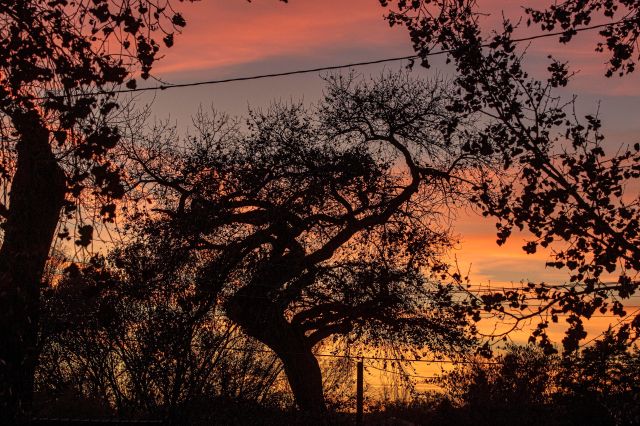 As she leapt past Resa’s Cottonwood, the sky turned from the dark blue ink of night, to orange. It was MerSin’s voice announcing that the Art Gowns Mermaids would return to being Art Gowns Models just after dawn. They would awaken on South Beach, Miami.

Back in her dressing room, Rene Rosso looked in the mirror before going on stage. The salt water had destroyed her hair, and her gown was a no go.

A quick change, with the help of her beauty team, made her only 1/2 hour late for her set.

She opened with  “Baby I’m A Fool” by Melody Gardot, an artist who she admired deeply.

The next morning Rene Rosso was on South Beach waking up with the Art Gowns Models. Their hairs were ruined, their mascara running and gowns destroyed.
No one, save Rene Rosso, knew how they got there.

The dragons art is a public mural. The pics were taken in Toronto by Resa – July 24, 2019, and later creatively edited. No financial gain is intended by the use of these photos. 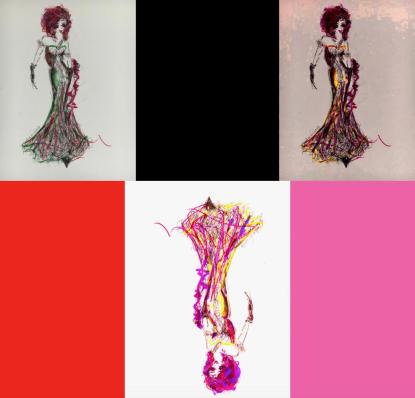 This is the 3rd and final episode of Princess Blue Holly and the Art Gowns Mermaids. If you would like to catch up on the story click on the image above. The category presents most recent at the top, so scroll to the bottom, to read from the beginning!

While the Art Gowns Mermaids slept until their spell was broken, Princess Blue Holly set off to to save them. 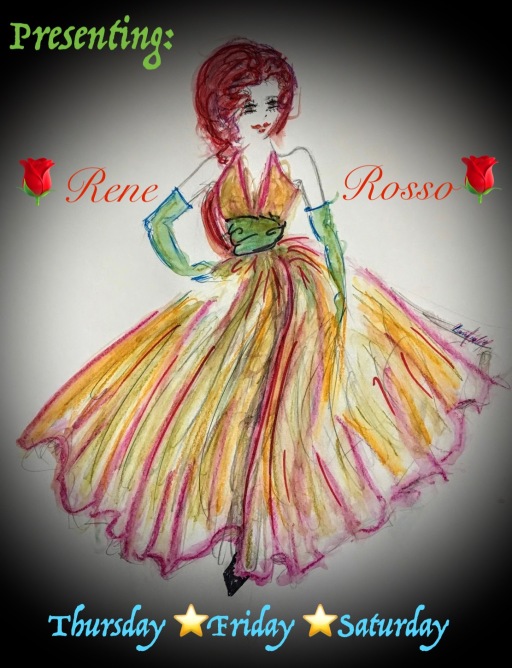 Timothy Price had given her a Tangle-Heart tree to carry with her always. It would guide her. She placed it in her heart, so she would never be without a compass. Besides it didn’t fit in Rene Rosso’s suitcase.

Her Tangle-Heart led her to Albuquerque. Here, as Rene Rosso, she would await further information. Of course every venue in town was eager to book the Torchy Nightingale. 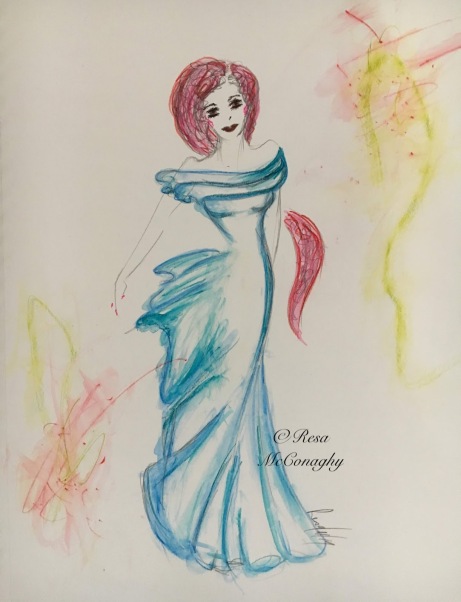 Ms. Rosso negotiated: 5 new Art Gowns (1 of which would be styled after the Cottonwoods in fall), a new poster featuring afore mentioned Art Gown, a double size dressing room, a massive star on the door, her choice of songs, musicians and hair, make-up & wardrobe changes during the sets.

Of course limo service to and from her hotel, fresh flowers and fruit plates were included in the Rider. On Saturday night she closed her first set with “Why Don’t You Do Right”, Julie London style.

Retiring for an hour to her dressing room, she threw on a shortie robe. There was note by her fruit plate. It read: “The evil oceanic spawn of SinMonto Corporation, MerSin, turned the Art Gowns models into mermaids.” 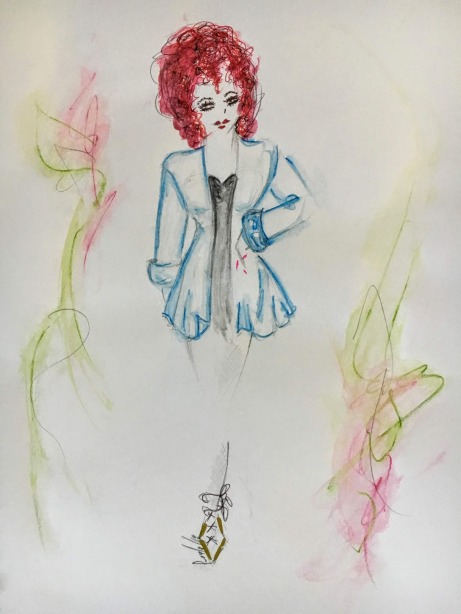 “He’s headed to where the Rio Grande meets the Gulf of Mexico. His intention; to feast on the fishermen who gather & hang out there.”
She had only 1 hour! Rene Rosso quickly morphed into Princess Blue Holly.
(ONE begins the morphing)

She looked into her Tangle-Heart for the fastest route. Resa’s Cottonwood marked the shortest path to Tingley Beach; enter the water there, swim to the Rio Grande and surface when it met the gulf.

Princess Blue Holly ran at super speed. She was so fast that no one could see her, as she flew past Resa’s Cottonwood tree.

At Tingley Beach, she jumped into the water, and morphed into Princess Blue Holly Mermaid.

Using her Turbo-Tail Fin at full speed, she would arrive in the Rio Grande within moments. She would be at the Gulf of Mexico within minutes. 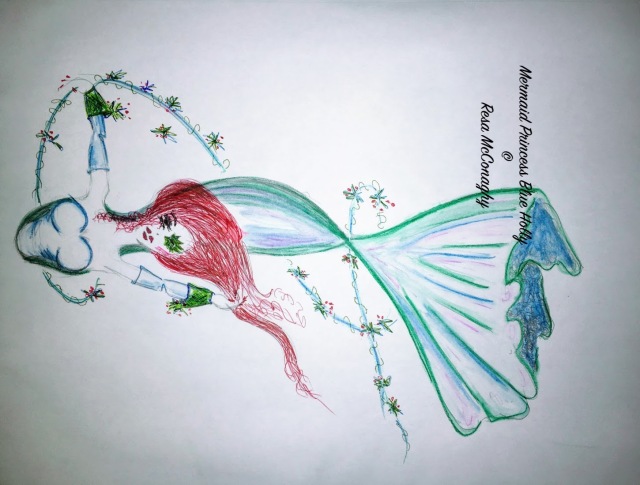 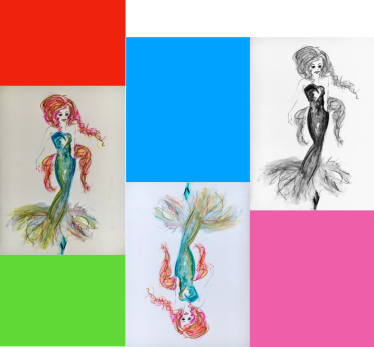 Mermaid Holly here! It’s terrifying, but myself & some of the Art Gowns’ models have been turned into mermaids.

We know who did this, and Princess Blue Holly has vowed to capture the evildoer, and return us to our regular gorgeous model selves. In the meantime, we’ve decided to have a fashion show, and I’m your host for the Art Gowns’ Mermaid Fashion Show.

First on the Runway is Mermaid Gigi, in a very Avant Garde quadruple fin, one shoulder eye catcher. Right behind is  Mermaid Rene Rosso in an ultra-green sweeping fan tail extravaganza with strapless bra top and full length gloves. What a show stopper! 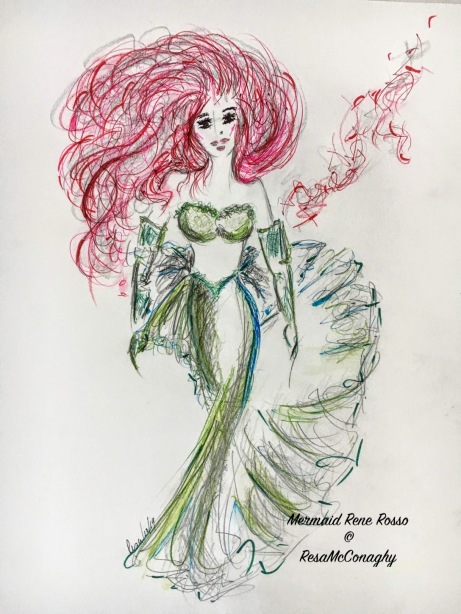 Unfortunately Mermaid Rene Rosso won’t be singing a Torch Song for us, as it just sounds like she’s gurgling.

The usual beauty team can’t breath under water, so some very talented MerChicklets were hired by Mermaid Gigi for the event. 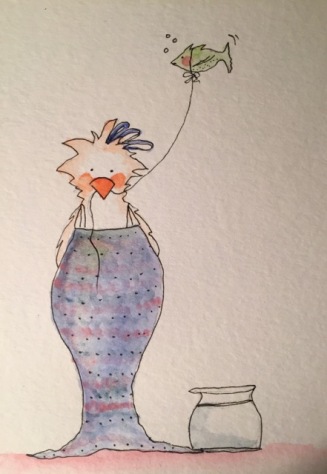 Above: Nora and Skippy were in charge of Art Direction.

MiCHELL was in charge of hair.

Lacy was the make-up artist. 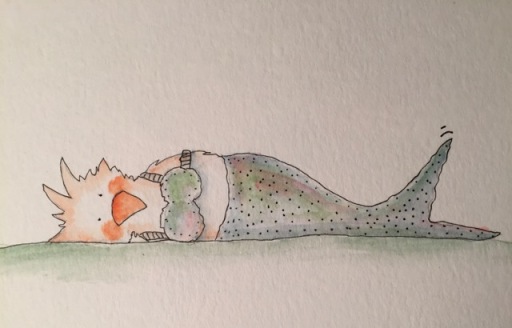 Pearl was the costume stylist.

Coming up is Mermaid Marina. This off the shoulder extra long sweeping, in and out, undulating uni-tail is all the rave this season!

Below, Mermaid Shehanne shows off her, direct from Europe, fan fin and tease tail couturier heartbreaker. 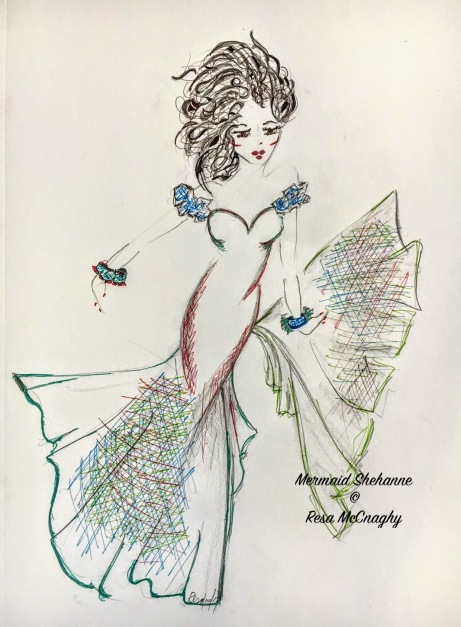 Thank you for attending our show tonight! The Mermaids are very tired now, and are hitting the seaweed hay.

Mermaid Princess Blue Holly is off to avenge the Art Gowns’ Models. Stay tuned for more on this story.

🌹Big Thank You’s to all of the Art Gowns’ Models. 🌹

Their names, under their Mermaid selves, are hot. So visit their fab blogs. 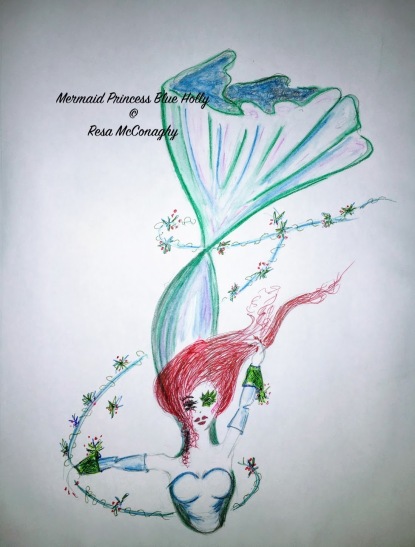 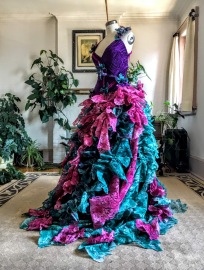 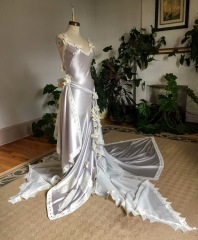 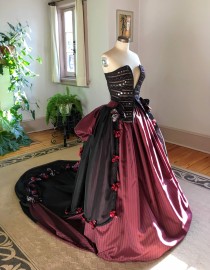 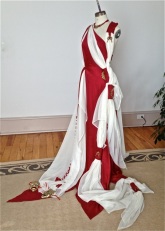 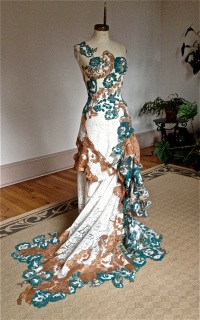 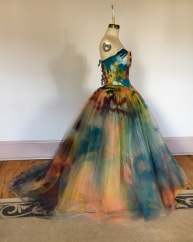 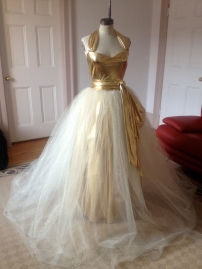 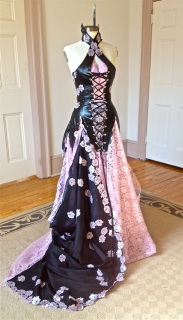